It was bitterly cold again over the weekend. Although temperatures didn't quite plummet as low as they did a fortnight ago, nor did the snow return, the brisk easterly wind was absolutely awful to be out in.

Nevertheless, it did produce a nice adult Little Gull over the wader pit at BLGP. I say wader pit, as things stand there won't be many waders on here this spring as water levels are probably a good two feet above what they were at this time last year. Hopefully it's not the end of this site but things are presently not looking too good. 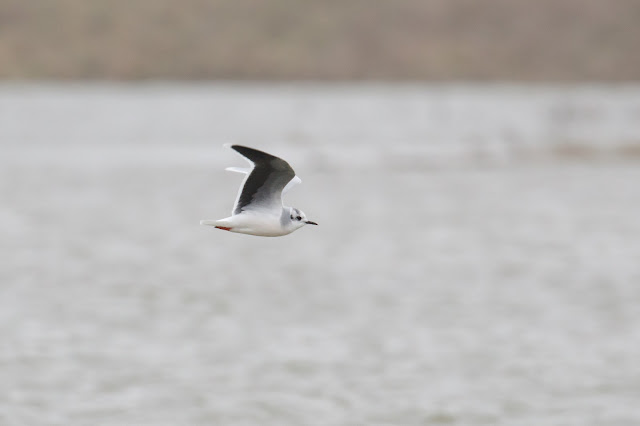 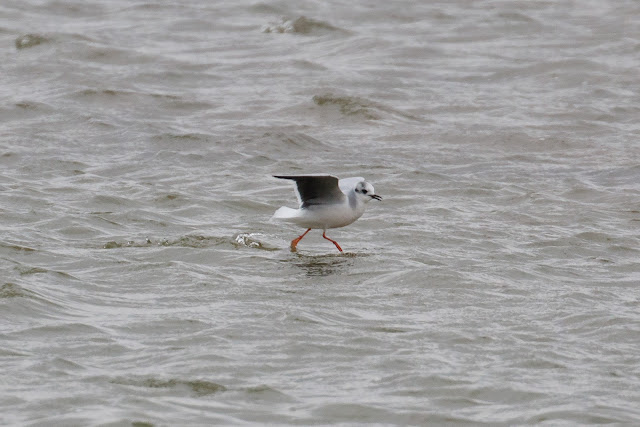 The Long-tailed Duck has also returned to BLGP for a second spring. At least, we presume it's the same bird, first seen on Deeping High Bank in January 2017, then at Deeping Lakes before moving to BLGP in May of last year. It was back on the High Bank this January, before turning up at BLGP on 16th of this month. It's been favouring the same corner of the (ex-)wader pit ever since. 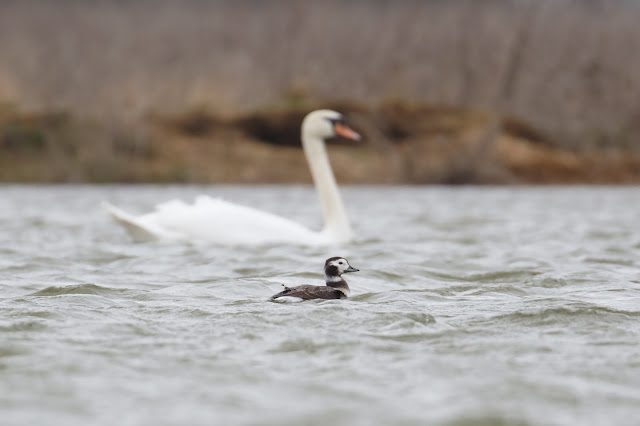 In other, sadder news, I found several Mute Swan corpses under wires just north-east of the wader pit. The birds have been commuting between the pit and a rape field, where they are feeding. Unfortunately the wires were not fitted with deflectors and it's made a mess of at least five swans. I reported this to Western Power Distribution on Monday and, within hours, they'd sent a team down to fit reflectors. A hugely impressive response for which the swans (50+ still in the area) will no doubt be grateful! Every cloud has a silver lining, though, and the corpses have been attracting a variety of scavengers, including both Raven and Red Kite. 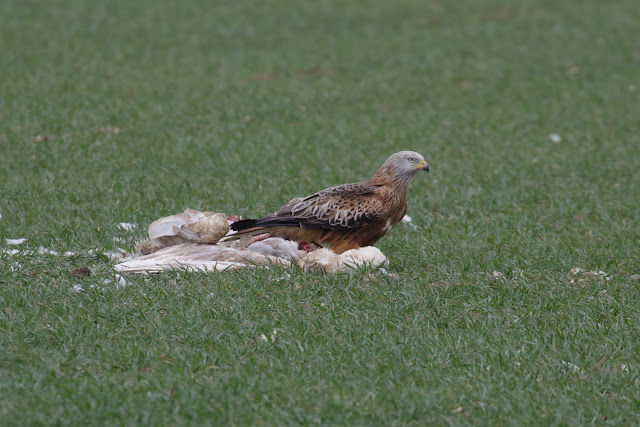 Red Kite eating Mute Swan, 17 March 2018. Not the strangest snack I've seen a kite eating here; in about 2006 I saw one eating the remains of a Barn Owl! 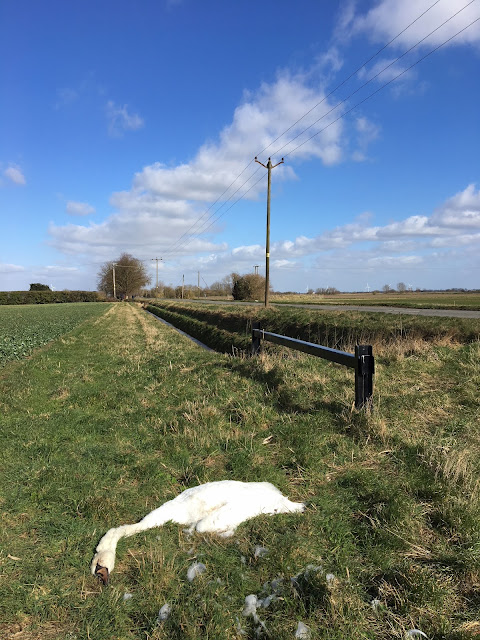 One of the dead Mute Swans below the offending wires, which have subsequently been fitted with hi-viz deflectors. Hopefully no more scenes like this.