Today I started up at the reservoir again, hoping for better light and better pics of the pipit. Neither came - in fact it seems the pipit has gone. After I meandered down the seismic station valley on the west side of the island - a sure fire spot for newly-arrived Yanks, but nothing doing today.

After traversing back around the reservoir hill, I decided to cut across to the white obelisk on the hill to the south and then drop in to the so-called 'Tennessee Valley', named as such because the main man Pierre-andré found a Tennessee Warbler there in 2011. There's a great patch of junipers on the steep slopes here but they're very hard to access due to brambles, difficult terrain etc. As I worked my way down the wind dropped, the sun came out and it became very birdy - Chaffinches, Canaries and Blackcaps all around, and very showy.

Climbing over a wall, I said aloud [talking to oneself is the norm here]: "I'm going to find something here". Honestly, no more than a few seconds later, I put my bins up to scan a flock of Chaffinches sat on a juniper and there among them was a bigger bird with a stripy head and dock off bill - bloody Rose-breasted Grosbeak! 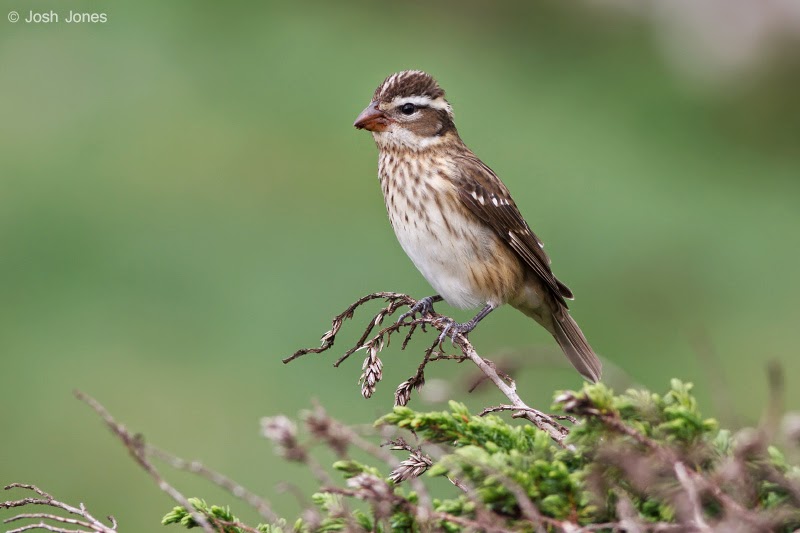 It soon flew but better views quickly followed, made only better by an interesting passerine that flew by with a high-pitched tick. Landing on a hydrangea for a couple of seconds, I was utterly ecstatic to see it was an Indigo Bunting before it dropped in to cover! How is this happening when the forecast has been so uninspiring?! As it turned out the bunting made a very quick exit - I only saw it once again in flight as it zoomed off up the valley. I had some decent views of the grosbeak over the next half hour but it quickly went more elusive - only Bosse saw it before the wind got up again and it vanished.

Thrilled with that I headed off down in to the valley itself where Daniele O, Marcin from Poland and Gary F were making their way up for the grozzer. I stopped for a roll (ham and cheese of course) before continuing. It was shortly after the roll that a Willow Warbler began calling to my right. Willow Warbler is a good bird here and this was the first of the autumn, so naturally I turned to look for it. What I hadn't bargained for was a yellow and black bird staring back at me with a beady black eye no more than ten metres away. Fuck about! It's a Scarlet Tanager! I was straight on the radio and Daniele, Marcin and Gary were quickly by my side, securing some great shots to document the beast. 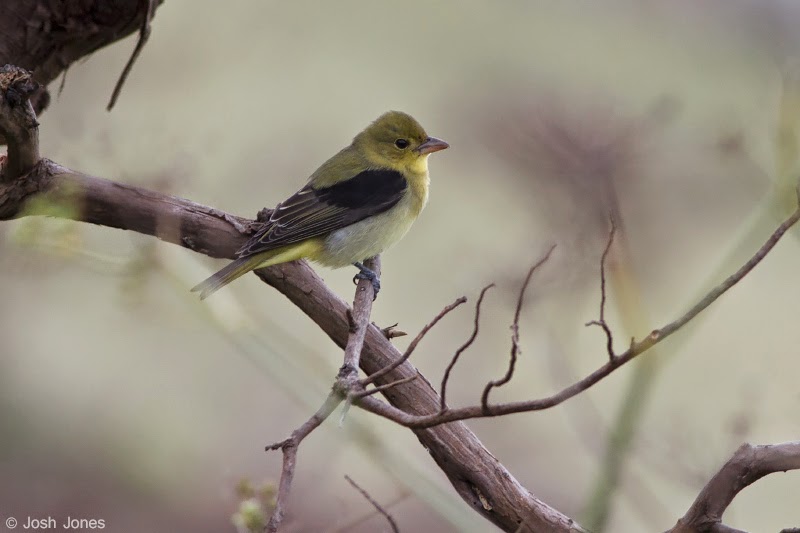 The tanager turned out to be the most confiding bird of the afternoon and was twitched by most of the birders on the island - I believe it was still showing well at times late afternoon. Also this afternoon Bosse found a Red-eyed Vireo in tamarisks at the west end of the airstrip (a classic spot for newly-arrived birds) and a Lesser Yellowlegs was frantically flying around the village looking for somewhere to land - a nice discovery for Hugues. 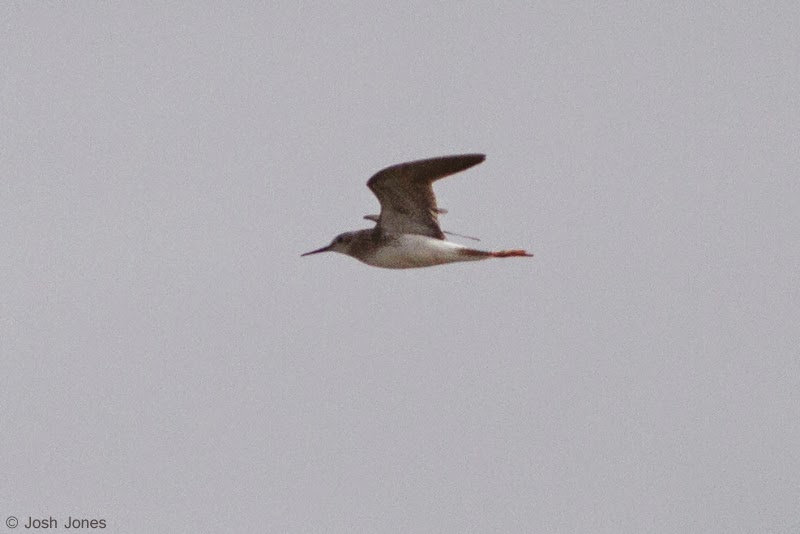 So it seems, for reasons I can't quite fathom, we've had a nice arrival of Nearctic birds today. Long may it continue!
Josh Jones at 23:51